Revisited indeed. It never took me so long to complete a project. And honestly, it isn’t even finished now.
Not that I didn’t finish other stuff in the meantime, figures mainly, but still. This project has been on a stand still most of the time over a period of 3 (!) years. Life’s all about priorities, I guess .

Anyway, I am finally pretty close to finishing off this project. Nearly all elements are painted, and done.
Here’s the man-in –distress. Sort of completely sculpted. 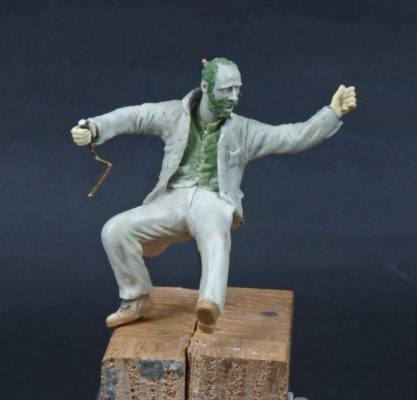 And here’s the unpainted and temporarily assembled set up of the guy on his bike. Click on the images to enlarge!

And the man’s head in close up: 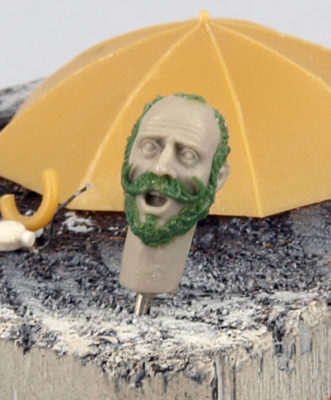 And here’s the painted version of it all. Still have to work a bit on the guys trousers and shoes and then start gluing the remaining parts together.

And then, the biggest challenge still to overcome…the wave. The water needs the most attention still: it needs more painting, mainly white foam and most of all, it needs more coats of acrylic gel. The top of the wave also needs additional work as it’s in a premature state right now. 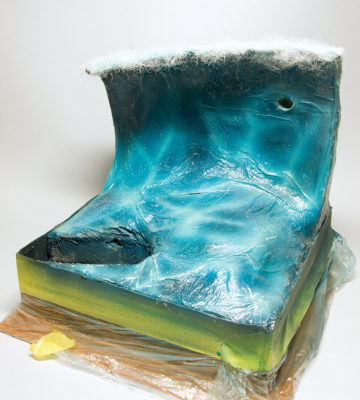 Some of the accessories, painted and ready to go. 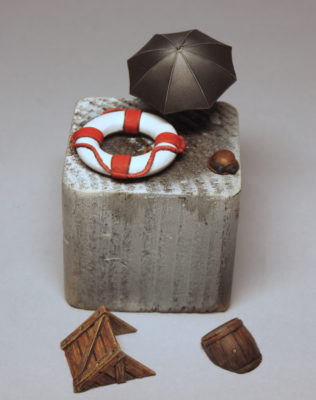 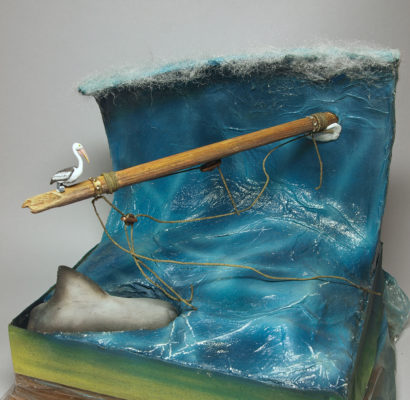 Obviously the shark needs to be properly embedded in the sea, and I am stil in doubt where the pelican will go.

As I mentioned, Margot has been busy and still is.
One of the projects she’s working on right now is the Boudica bust, an epic miniature by Origen Art.
Sharing some in progress pictures seemed a good idea, so here we go:

I actually managed to finish this project during the holiday season. For some obscure reason I was a bit frightened to get started with the groundwork. The Fieseler Storch was ready for a while, although I still had to attach a number of parts that were left off, or had broken off, during previous weathering and painting steps, and I didn´t want to attatch them until the aircraft was about to be fixed to the groundwork.
In hindsight I decided to use only a part of the Storch’s  left wing,. Seemed better to me that way. Here’s a peek at the completed diorama, and more pics are avaiable in my Diorama Gallery