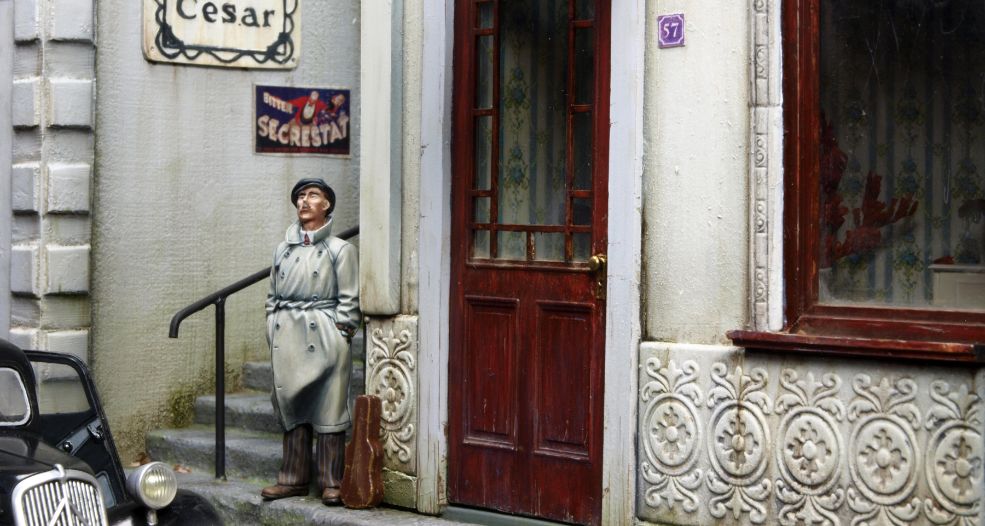 I have added images of my latest diorama to my gallery, entitled Stake Out!

Untill then I need keep my  promise and add some additional info on another diorama, My Worst Nightmare.

I finished this nice little mini the other day. A true mini as the figure measures 38mm. It’s a mini by Vesper-On Games from their Carnevale game, catalogue number C-0042.  It’s a white metal figure called White Dove and although it’s the smallest figure  I ever painted it has been a nice ride. I constructed the base from pieces of glass, silicon glue and a dried flower that Margot found this summer. The snow I used came from Hudson & Allen and I also used small glass beads to add a bit more bling to the snow here and there.
Everything was painted in acrylics.  My main mission for this venture was to obtain a good colour harmony, and I think it worked out rather well.

The snow was another thing as I have something of a larger size coming up that requires snow, and lots of it. My last project involving snow dates back many years and when I look back at that one, there’s room for improvement, to put it politely.

For lack of a better title I named it Witch of the North for the time being.

Check out my gallery for more images. 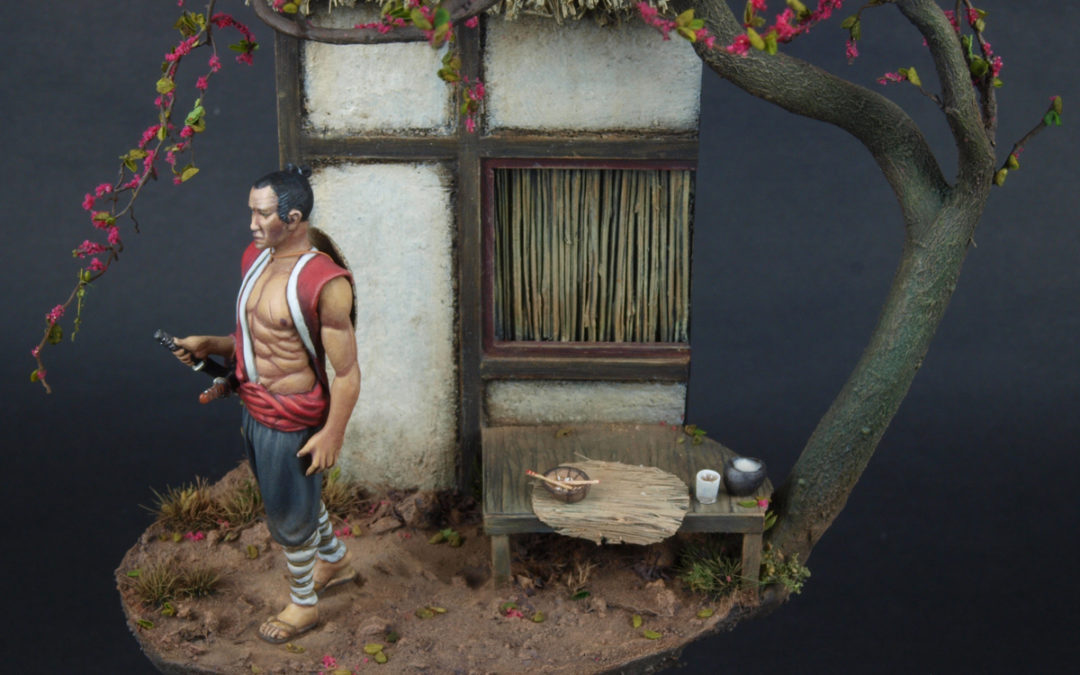 Today I added the last stuff in the gallery sections. Older work that is. I plan to put a collection of the earliest work in a seperate gallery…..some day.