← Prev: Works in progress In progress....Aerosan and Fieseler Storch → 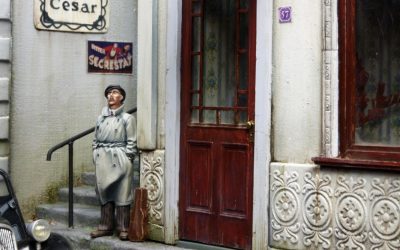 I have added images of my latest diorama to my gallery, entitled Stake Out!
In due time I will add a blog post with some in progress shots

I finished this nice little mini the other day. A true mini as the figure measures 38mm. It's a mini by Vesper-On...

At SMC 2011 I received a gift from Raffaele Picca from Massive Voodoo, a 54mm figure of a Ronin, sculpted by him for...